When a traumatic event occurs, popular thinking tends to assume that the individual who experiences the traumatic event is, well, doomed to experience only negative feelings in the aftermath of the event. In the 1990s, however, in the realm of psychological research, thinking began to shift slightly. This subfield with psychology – popular psychology – places emphasis on positive traits that an individual possesses, rather than focusing on an individual’s deficiencies, which has been the aim of most psychological research since at least Freud.

Moving in the direction of this trend, a recent study published in 2017 set out to identify the predictors of post-traumatic growth.

And its findings are interesting.

According to this research, five areas are related to post-traumatic growth. They are:
• Appreciation of life
• Social relationships
• Personal strength
• Spirituality
• New possibilities

“Longitudinal studies on this topic indicate that the phenomenon is possible and common, with 58% – 83% of trauma survivors reporting positive change in at least one life domain,” the authors of the study write. (Longitudinal studies are simply studies that take place over a longer period of time.) Additionally, experiencing a traumatic event does not necessarily mean that an individual is doomed to experience trauma forever.

“Many individuals report experiencing at least one positive change after traumatic events, the most frequently reported being stronger and more intimate interpersonal relationships,” the authors of the aforementioned study write.”

Some of these ideas have their roots as far back as the 1950s. The psychologist Alfred Adler wrote about concepts such as responsibility and social relationships and their role in growth.

The authors of the study write: “Alfred Adler’s theory of personality placed importance on responsibility, usefulness, the need to belong, and, above all, social relationships in life. Adler’s concept of social interest is tied to both the feeling of belonging and the sense of equality with others; it is innate in its potentiality and has to be consciously developed by the individual,” the researchers continue: “According to Adler, social interest is the main characteristic of each person and is involved in all the individual’s actions.” 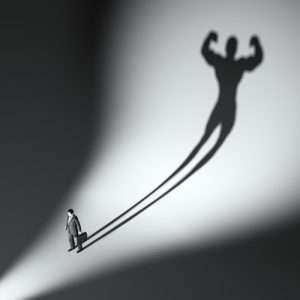 References:
Grad, R. I., Zeligman, M. (2017). Predictors of post-traumatic growth: The role of social interest and meaning in life. The Journal of Individual Psychology, 73(3).