In the late 1980s and early 1990s, the rates of diagnoses of attention deficit disorder (ADD) and attention-deficit/hyperactivity disorder (ADHD) began to rise. Since then, more has been known about these types of conditions, as medical professionals, psychologists, and the public have come to better understand ADD and ADHD.

Although it is not completely clear what causes ADD and ADHD, these disorders are fairly well understood. Author Jeremy Peirce, whose book, “Attention-Deficit/Hyperactivity Disorder,” explores this set of conditions, and makes clear that the causes of ADD/ADHD remain multicausal. He writes: “Even small abnormalities that occur during early brain development through gene mutations, viral infection, or fetal exposure to alcohol can increase the risk of developing a wide range of psychological disorders later in life.”

What is more, environment clearly can play a role in the development of ADD and ADHD.

“A young child who experiences toxic stress, like physical abuse, will have his or her own brain architecture changed in regions that will result in poorer control of emotions and feelings as an adult,” Peirce writes.

As Peirce points out, ADD and ADHD, defined, are “the name of a group of attention-related symptoms that are often found together, especially in children and young adults.” What is interesting, is that boys and girls will often exhibit different patterns of these disorders. According to Peirce, “It is about threefold more likely for boys to have primarily hyperactive ADHD symptoms, while girls much more often have primary inattentive ADHD.” Moreover, it was recently when researchers learned that ADD and ADHD symptoms can continue into adulthood, where, according to Peirce, one third of children will continue to have symptoms into adulthood.

That said, is there and ADD and ADHD epidemic in the United States? After all, as noted in the beginning of this article, the rates of diagnosis of ADD and ADHD have risen in the past 25 years. “Current estimates of the percentage of children with ADHD in the United States vary between 3.5 percent and 7 percent, and the ratio of boys to girls with ADHD is usually about 3 to 1,” writes Peirce. He continues: “While it is difficult to estimate how many ADHD diagnosis were made 10 to 15 years ago, the number was certainly much lower.”

In sum, ADD and ADHD are a group of related disorders and impacts an individual’s (usually children and young adults) ability to focus and concentrate. The rate of ADD and ADHD diagnoses has been on the rise for the past 20 years. Boys and girls will often have different “types” of ADHD, and one third of children will have ADHD symptoms into adulthood. Finally, medications and treatment can help individuals who have ADHD. 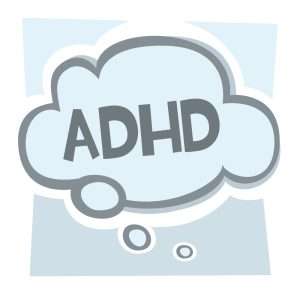