What’s Lacking in the Conversation on the 2016 Election : A Psychological Perspective

What’s Lacking in the Conversation on the 2016 Election : A Psychological Perspective 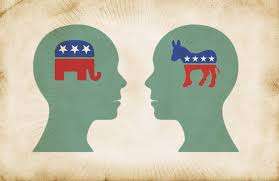 ‘Tolerance of Ambiguity’ and ‘Locus of Control’ as Predictors of Political Orientation: What’s Lacking in the Conversation about the 2016 Election

Often, when engaging in political discourse, people tend to discuss the “content” of an issue; in other words, they get into the nitty gritty of what an issue “is about.” They may also discuss the perceived ethical implications of a political situation. That said, however, rarely are the psychological underpinnings of political beliefs brought to life. In sum, issue content and morality overshadow the bigger reason why a person holds and forms the political views that they do.

This is what is missing in the conversation about the 2016 Election.

For decades, social psychologists have been filling academic journals with research about theories such as “attribution theory” “locus of control,” and “tolerance of ambiguity.” And although these concepts may seem irrelevant to politics, they are in fact very important because these psychological concepts can help explain why you identify yourself with a particular party or why you may endorse a specific candidate for office.

Let’s begin exploring one of these concepts, tolerance of ambiguity. Tolerance of ambiguity simply means how well an individual handles uncertainty. To use an oft-repeated phrase, are things simply “black and white,” or are they “gray.” Social psychologists have hypothesized and later tested the idea that those who hold traditional conservative views, for instance, may have a harder time tolerating ambiguity, tolerating the gray areas. For those with this cognitive style, placing things in well-defined boxes helps to organize an otherwise uncertain world.

Ambiguity research, on the other hand, reveals that those who hold a more liberal worldview tend to handle ambiguity differently than their conservative counterparts. For those with this cognitive style, who tend to remain more tolerant of ambiguity, there may be less need for delineated mental categories. This may be why, for example, those on the left end of the socio-political spectrum tend to be more likely to support things like LGTB rights, gay marriage, and a whole litany of other related issues.

But things are not always that simple when it comes to social science.

Researchers in the early 1980s, for example, found that “political behavior [is] related to locus of control,” and “locus of control was only moderately more external in subjects who planned to vote than in those who did not.” Unlike tolerance of ambiguity, which tends to enable a specific ideological position (liberal or conservative, respectively), locus of control does not. Still, there remains difference in how both conservatives and liberals interrupt events through their individual locus of control. Levenson and Miller (1976) write:

When faced with situations in which powerful others are believed to control outcomes, the activism level of the conservative could be less because the expectancy for success would be low. For liberals, however, attributing the causes for such negative conditions as poverty, sexism, and racism to other people instead of to one’s own inadequacies should augment activism and lessen negative affect because . . . the external locus of causality reduces personal responsibility for present negative circumstances.

As this particular research was conducted in the mid-1970s, it would prove interesting to see if such dynamics would play out the same way today under current political conditions.

As the 2016 election cycle continues, it remains interesting to view this aspect of politics through tolerance of ambiguity and locus of control. Finally, moving away from a content-based discussion to a deeper psychological level may reveal more about our core values and beliefs than a mere topical political conversation could offer.

Levenson, H., and Miller, J. (1976). Multidimensional Locus of Control in Sociopolitical Activists of Conservative and Liberal Ideologies. Journal of Personality and Social Psychology, 199 – 208.