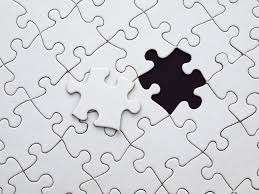 Do you ever wonder why when you’re interrupted in the middle of a task you can’t stop thinking about it?

This is called The Zeigarnik Effect, and psychologists have recognized it for decades.

Back in 1927, a Lithuanian psychologist named Bluma Zeigarnik spent a lot of time thinking about why—after a colleague noticed—“a waiter could remember all the orders that had not been paid for, but once they were paid for he promptly forgot them.” Zeigarnik designed an experiment that included 164 participants. She found that individuals have an ability to remember unfinished tasks in much greater detail than tasks we complete.

This phenomenon apparently shows up everywhere in our lives, as noted by writer Adam Hart-Davis: “It is evident that we can worry about unfinished business for days, just because it is unfinished. That is why producers of soap operas for television and radio so often conclude each episode with a cliff hanger; it keeps the audience thinking about the problem until the next program.”

Hart-Davis also points out that The Zeigarnik Effect may have interesting implications for students in the classroom. “Perhaps all work and no play really does make Jack a dull boy,” he writes, adding: “. . . students whose learning is interrupted to do an unrelated things—sports or socializing—may actually remember their work better than those who never stop studying.”

One of the main points that Zeigarnik hit upon is the notion of “closure.” Humans appear to need closure. This point was also echoed by Hart-Davis, citing John Gottman in his 2013 book, “What Makes Love Last?” Gottman, according to Hart-Davis, says that “arguments between lovers that are resolved by confession or discussion to do less harm than denial, or regrettable incidents that go unaddressed, for then the pain persists in active memory and becomes a constant and dangerous irritant.” Hart-Davis concludes by observing: “It seems humans seek completion, or “closure” in many areas of their lives.”

Giving a problem or task closure appears to make that it more forgettable, which appears to be the reason why we may worry about uncompleted business. Personally, I can attest to the power of The Zeigarnik Effect because I always feel better after I knock off a few items each day from my “to-do” list. One way to avoid such irritating worry is to set small, reasonable goals when attempting to complete big projects. That way one may gain a sense of accomplishment while still working toward a larger goal.

To conclude, if you find yourself worrying about the seemingly, ever-persistent list of things you started and did not finish, you may not be alone . . . this is simply The Zeigarnik Effect in action, and it appears to be wired into the human brain.