Where Science and Philosophy Meet

Discover the Danish Art of ‘Hygge’

New Year’s Resolutions: Are They Worth It?

Where Science and Philosophy Meet

Most people who have studied the subject in any capacity know that science emerged out of the subject of philosophy. In fact, going as far back as ancient Greece know that, back then, there was no difference between philosophy and science. Emerging subjects like Biology and Physics, subjects that Aristotle, for example, wrote about, were grouped under the umbrella of “natural philosophy” – which continued for centuries.

By the 16th century in Europe, things began to change.

In what historians typically refer to as the “Early Modern Period,” this was a time when science broke out on its own. Standardizing methods and the development of the scientific method took hold. Suddenly, the field of philosophy became divorced from science.

And things remained that way for a few centuries, until philosophers standard to examine science for a new point of view. Enter the “Vienna Circle” – a group of like-minded thinkers who began to hold regular meetings, publish manifestos, and write books in Vienna, Austria, throughout the 1930s. These thinkers began to develop ideas like “verification” and “falsification” in science; ask questions dealing with the nature of knowledge, and how humans may distinguish between competing claims.

“The Vienna Circle,” Edmonds writes, “and its so-called logical empiricism – had come to occupy a commanding position in the world of philosophy in general and in the philosophy of science in particular.” The author continues: “The Circle had had a bold project. It had tried to marry an old empiricism with the new logic. It had wanted to carve out a role for philosophy in assisting science.”

Edmonds’ book also explores particular individuals and the historical context of Vienna during the time when The Circle was active. Although it remains outside the scope of this article, it’s interesting to explore the former. For example, it’s probably no accident that the Circe emerged in the decade when it did: Einstein’s twin theories of General and Special Relatively were published in the decades prior, and the 1920s saw an explosion of a new generation of physicists exploring quantum mechanics. By 1945, at the end of WWII, the geopolitical order was reshaped as nuclear weapons came on the scene and the Cold War has begun. The Circle’s ideas were already out of fashion by then, but their legacy was well established.

The Vienna Circle helped add a new chapter to the philosophy of science, and although it’s debatable how relevant their ideas are today, their project had merit. Moreover, a few years before his death, the physicist Steven Hawking wrote that “Philosophy is dead.” Again, that’s debatable, but, if anything, the Vienna Circle’s legacy demonstrates that philosophy and science can work together to establish a better understanding of each. 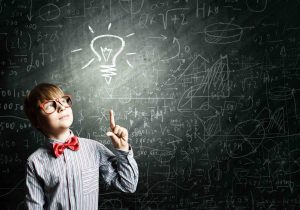 Edmonds, D. (2020). The Murder of Professor Schlick: The Rise and Fall of the Vienna Circle. Princeton University Press. Princeton, NJ.