Spring Officially Kicks of This Week

The concept of emotional intelligence (EQ) has been around for the past few decades, and since establishing itself as a mainstream concept in popular psychology in the 1980s/90s, EQ has been applied everywhere from business to education to counseling. But despite its popularity peaking a few decades ago, EQ is still a concept worth paying attention to.

Dan Goldman, whose 1995 book titled “Emotional Intelligence: Why It Can Matter More than IQ,” has done more than perhaps anyone to popularize the notion of EQ. Although he did not develop the notion of EQ, Goldman has been one of its staunch defenders, aiming to push aside the concept of one’s intelligence quotient (IQ), which has been so dominant through the 20th century. For a long time, researchers believed that the sole contributor to one’s success was a person’s IQ, although now merely relying on IQ as an isolated concept has been slowly fading out of fashion.

Well, for starters, throughout the last decades of the 20th century and in to the 21st century, psychologists and researchers alike began to notice that test subjects, in some cases children, despite having an above-average IQ, were still prone for failure. “If IQ solely predicts success,” they wondered, “why are these kids failing at school or falling into criminality?”

Perhaps one answer that researchers seized upon was that it remains important for one to regulate his or her own emotions. Children or adults with an above average IQ may have potential, but it they cannot regulate their impulses, for instance, they may run the risk of engaging in risky behavior, such as drugs, failure at school, or, again, even criminality. Once the psychological community began to look for answers away from IQ, EQ began to emerge as a measurable, manifest concept – a concept that can be observed or tested for under controlled conditions.

Which may bring us to the issue at hand . . . EQ is important. It’s hard to say how important, in that, different percentages are given, but generally speaking, EQ can possibly make up a sizable contributing factor to a person’s lifelong success. Individuals who have a high EQ, for example, may be better at regulating his or her own emotions. This can be a very useful tool whether in the workplace or in the classroom. Next, high-EQ individuals may also be able to read another person’s non-verbal cues or behaviors. This kind of body language awareness is helpful when trying to understand someone in a sensitive situation, such as in interpersonal romantic relationships or other peer-to-peer relationships.

To conclude, although the concept of EQ has been on the psychological scene for at least the last 30 years, recognizing and cultivating one’s own EQ may contribute to a person’s long-term success in life. Finally, it may be worth a person’s time to practice techniques to improve one’s EQ because becoming more aware of one’s own (and another person’s) emotions, is a skillset and a trait that may serve a person well in the workplace or in the classroom. 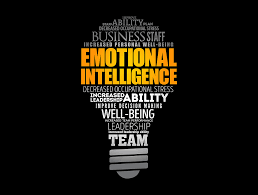