Occasions such as this are a good time to stop, reflect, and take in why days of awareness such as this are needed in the first place.
According to the Centers for Disease Control and Prevention (CDC), suicide/self-harm is one of the leading causes of death in various age groups across the United States. For example, suicide is ranked the second leading cause of death in the 10 – 34 age groups, and it is ranked the 10th leading cause of death in the over 65 age group. In short, suicide is a public health/mental health problem that impacts both the old and the young.

Suicide is a serious public health issue that impacts many people in the United States and elsewhere around the globe.

Moreover, there are many causes for suicide, and, although getting into the details for each remain outside the scope of this article, some immediate causes are mental health problems such as depression. That the suicide rate continues to rise demonstrates that there remains unaddressed problems in the United States, and a frank conversation needs to get started about the causes and possible ways to combat suicide in the United States.

Yet, starting a conversation about suicide and individuals who may be at risk for committing suicide is not an easy task. That is why is might be important to seek out professional advice from a therapist or a counseling if someone may be at risk. Additionally, it has been suggested that the United States may be in the midst of a suicide epidemic due to the high rates of suicide among different age groups.

The high rates of suicide in the United States remains alarming.
And although it is a small step toward tackling the problem, having a dedicated World Suicide Prevention Day is undoubtedly a step in the right direction. Raising awareness about a serious issue such as suicide helps to place the issue in the minds of the general population. Indeed, the alarming high numbers of individuals who commit suicide should gain the attention of mental health professionals, the general public, and even policymakers.

The only good news about this: Suicide can be prevented.
Through intensive interventions, the suicide rate can, indeed, be reduced. Starting with raising awareness and continuing with evidence-based mental health interventions can help stymie the problem. Additionally, each time a step is made in the right direction can be the step in possibly saving a life.

Finally, on this World Suicide Prevention Day, it may be a good opportunity to help combat the problem by becoming more aware of the problem. 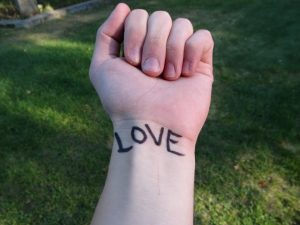