Discover the Danish Art of ‘Hygge’

Have you ever thought about how attention works? Or have you ever heard anyone say that they have a “limited attention span”? What does all of this mean, exactly? And how does attention really work?

The answer, surprisingly, has been researched decades ago.

In the 1950s, the British psychologist Donald Broadbent conductive the first significant research into how people filer information in and out of their awareness. This is something that the average person is keenly aware of (pun intended). Most individuals are bombarded with thousands and thousands of pieces of information daily – whether in the form of advertisements, conversations, or any other kind of external stimuli – and it becomes important to distinguish what is important information and what is not important.

This, essentially, hits at the core of what Broadbent was interested in studying.

“Broadbent’s major research interest was selective attention, which refers to our ability to concentrate on particular pieces of information, while fettering out all nonrelevant material,” writes author Jeremy Stangroom. He continues: “Experiments conducted in the 1950s . . . showed that we process very little of the non-shadowed information. We might be able to identify whether the speaker is male or female, but we won’t be able to say what they are talking about or even if their message has been reversed.”

So, that said, how does Broadbent’s theory work, exactly?

“[He] proposed an early filter model of selective attention to account for this phenomenon. [Broadbent] argued that if the brain were able to process every input before selection, then there would be no reason for selection to occur at all. Therefore, the fact that it does occur is evidence that the brain is a ‘limited capacity channel’ where the utility of a selection system is that it produces an economy in mechanism.” In other words, the model of selective attention proposes that “. . . the brain is a ‘limited capacity channel’ that discards much of the information that comes into it via the senses, before processing what remains.”

To conclude, interestingly, according to Broadbent’s research, the brain contains a selective mechanism for what it thinks is important inputs verses non-vital information. Without this selection mechanism, it’s possible that our brains would become overwhelmed with too much irrelevant information. 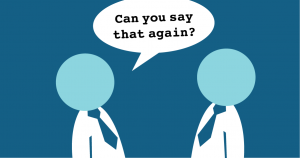